ThickBox is a cool visualization tool based on Jquery JavaScript library. ThickBox helps you display photos in a cool way and is useful in many web projects.

ThickBox does not work when the HTML pages has other JavaScript libraries such as Mootools.

Code snippets posted online are a great source of knowledge and simple way to share experience and to reuse code. As developers we always look to see if there is a ‘code example’ which we can modify to our needs. As bloggers we find code snippets very useful to get our information out to the readers.

The problem is that creating these code snippets is a complex and cumbersome task. You need you replace all the < with &alt, wrap the code in <pre> and <code> tags and then use a Syntax Highlighter to make our code look nice. Every time we change or fix the code you need to reiterate this process.

AutoSnippet solves this problem by automatically generating the code snippet from the source code (HTML, CSS and Javascript). No more cumbersome repetitive tasks and no more inconsistencies between example and real code.

In this article I will show how to generate automatic snippets for your blog and source/code websites.

An In-Place editor, such as jQuery Editable plug-in, lets you seamlessly replace texts on web pages with inputs, for on-the-spot editing (see example 1). WYSIWYG editors, such as FCKeditor, provide easy, word-like editor on the web (see example 2). Basically, the two are advanced User-Interface JavaScript tools that help users edit content on the web in an easy, intuitive and productive way.

Wouldn’t it be great if we combine the two to create a really cool, web 2.0 user experience for editing content on the web? Unfortunately, FCKeditor and Editable are not fully compatible and some tweaking is required to make them interoperable.

In this article will demonstrate how, with little modification, FCKeditor can be integrated into Editable to create an In-Place WYSIWYG editor (see example3). 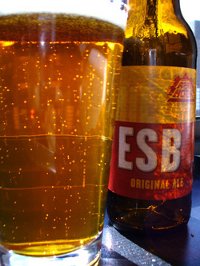 Free software means that computer users have the freedom to cooperate with whom they choose, and to control the software they use. To summarize this into a remark distinguishing libre (freedom) software from gratis (zero price) software, Richard Stallman said: “Free software is a matter of liberty, not price. To understand the concept, you should think of ‘free’ as in ‘free speech’, not as in ‘free beer’.1

The reality is quite different from this philosophy. Up until now open source software was, for most people, free beer rather than free speech. Well, the beer party is over, and cooperate companies have a new business model strategy called SAAS.

Visuals aids such as photos, are very important because they help you pass information and feelings, attract attention, maintain concentration, and help explain abstract concepts. Most professional presenters use photos and other images in their presentation. I personally find that the audience is better tuned when I present images than words.
The problem is that most images cost money â€“ most photographers want you to pay royalties for the images you use.
Lucky enough, there are many images released under an open source license called creative commons

Will Oracle kill Java and MySQL?

Oracle is going to buy Sun and control Java and MYSQL.1 2
In an interesting post in ZDNET ,Mr Shuttleworth, the founder of Ubuntu is claimed to state that:

“.. he doesnâ€™t seem too worried that the proprietary software company will kill Sunâ€™s open source Java, OpenSolaris and MySQL jewels, in spite of Oracleâ€™s hold on the database market.”

I am not sure I completely share his optimism. I am not so much worried about Java, there is no competition there. But think of it -If you were Oracle’s CEO, You just got the chance to kill the number one competitor product- Wouldnâ€™t you want to kill MySQL?

The combination of Relational Data (database) and Object Oriented Programming (OOP) is not a match made in heaven. The way we work with objects is totally different than the way we access Data. The problem is that in most projects you need to access data and write Object Oriented Classes to display and manipulate that data.

In one of the press conferences I attended 6 months ago, Steve Bulmer was asked â€œWhy canâ€™t Microsoft be cool like Apple?â€

His reply was simple and to the point:

â€œI rather be popular than coolâ€

He further explained that Microsoft business strategy is to try to reach EVERYONE and not only the cool guys.

I suggest that we, as the open source community, employ the same logic:

â€œWe rather be popular than the good and righteousâ€

Let me explain why we should be popular rather than right.

How much should a web site really cost?

Lately I have been asked by many people how much should they pay for a personal or small business website. It seems that these are good times to get some extra cash from a web initiative.

The problem is that, for most people, building and hosting a website is somewhat of a mystery. And when people treat something as a mystery they tend to over complicate it and over pay for it. Some people I talked to spent 20-100$ on simple basic hosting alone! That is, in most cases, more than what they need to pay.

Yesterday, I lectured on environmental technologies and had a chance to present, what I think is, one of the most useful ,open source downloads for people who use Vista on their laptop.